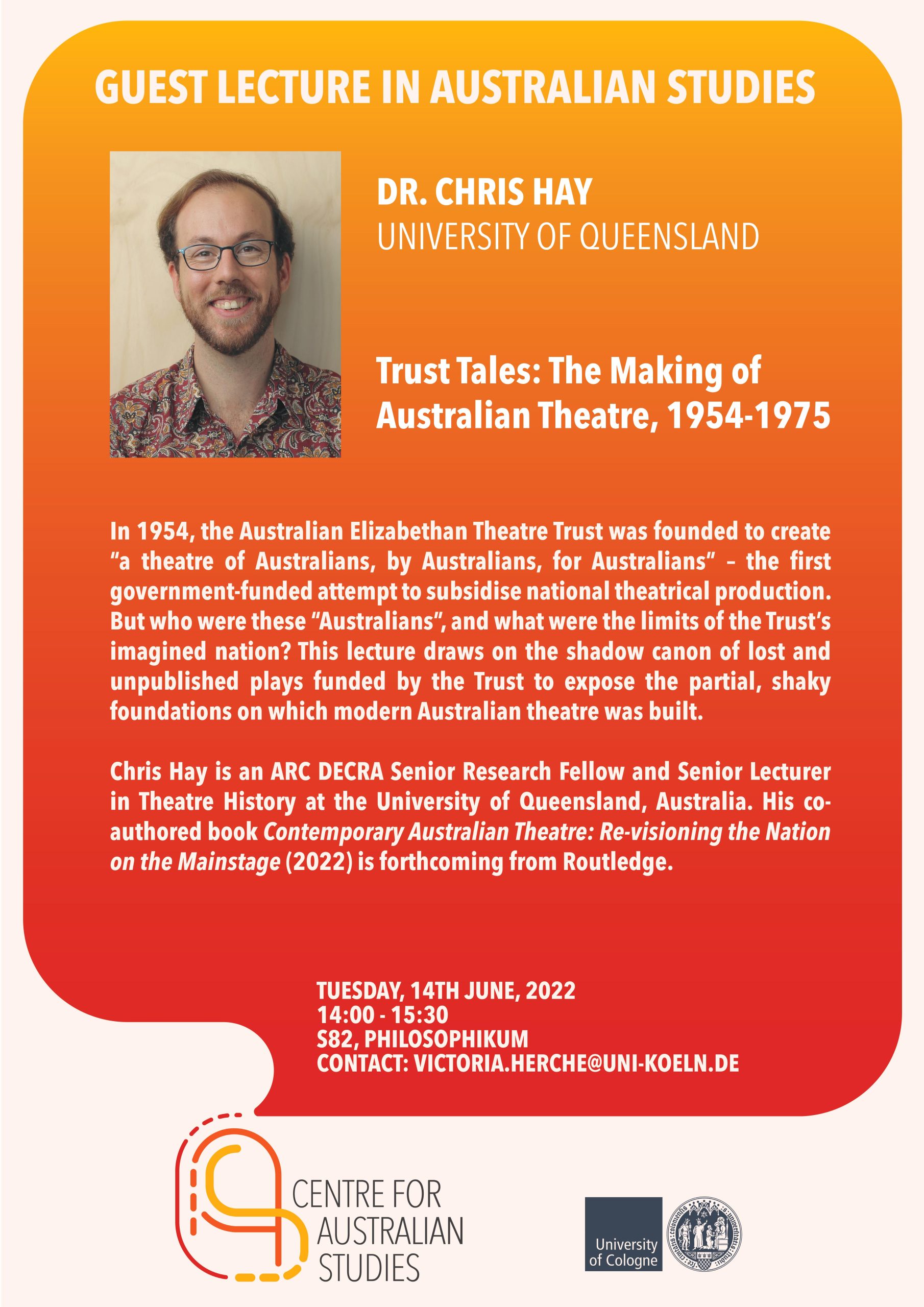 In 1954, the Australian Elizabethan Theatre Trust was founded to create “a theatre of Australians, by Australians, for Australians” – the first government-funded attempt to subsidise national theatrical production. But who were these “Australians”, and what were the limits of the Trust’s imagined nation? This lecture draws on the shadow canon of lost and unpublished plays funded by the Trust to expose the partial, shaky foundations on which modern Australian theatre was built.

Chris Hay is an ARC DECRA Senior Research Fellow and Senior Lecturer in Theatre History at the University of Queensland, Australia. His co-authored book Contemporary Australian Theatre: Re-visioning the Nation on the Mainstage (2022) is forthcoming from Routledge. 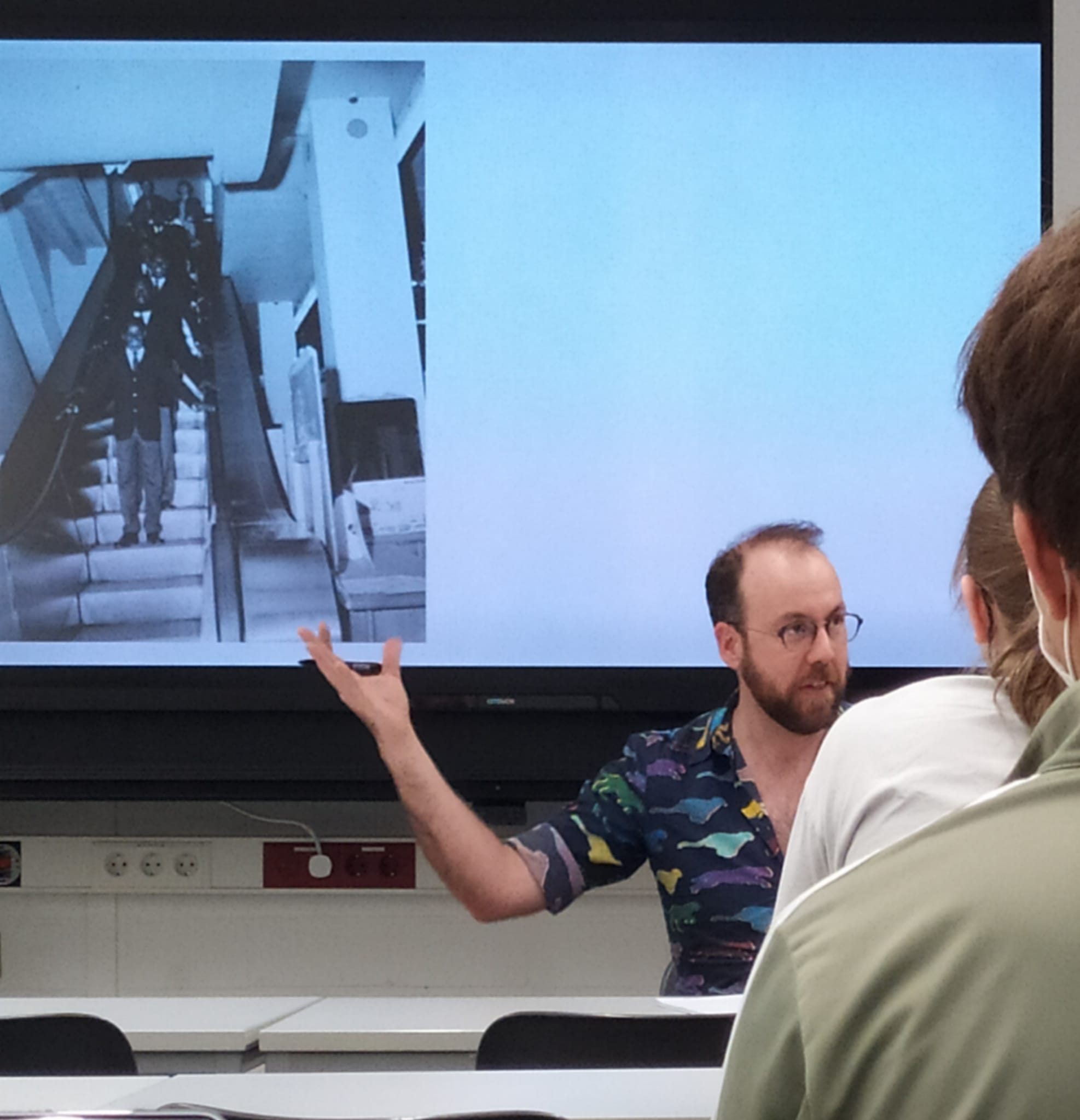 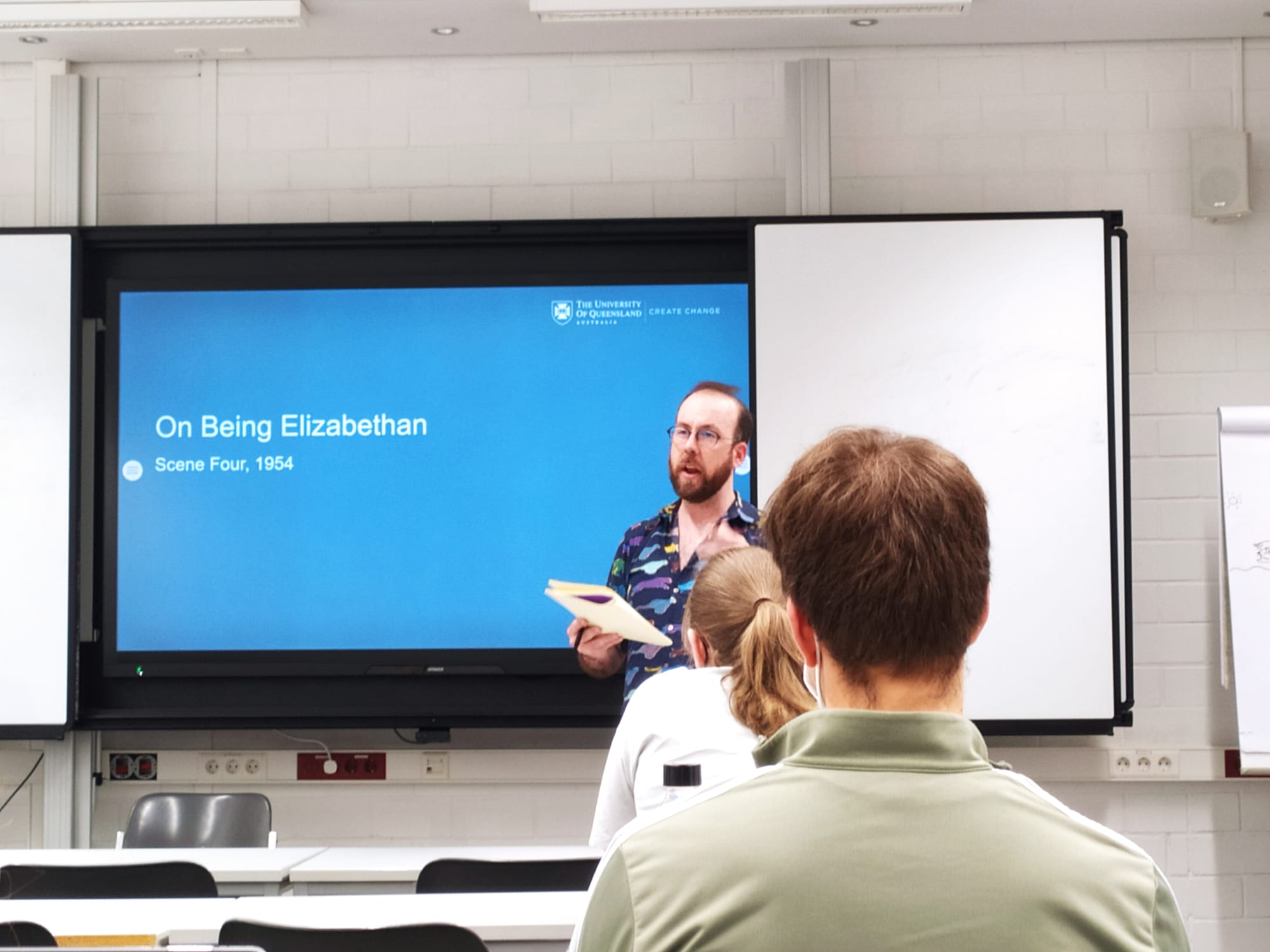 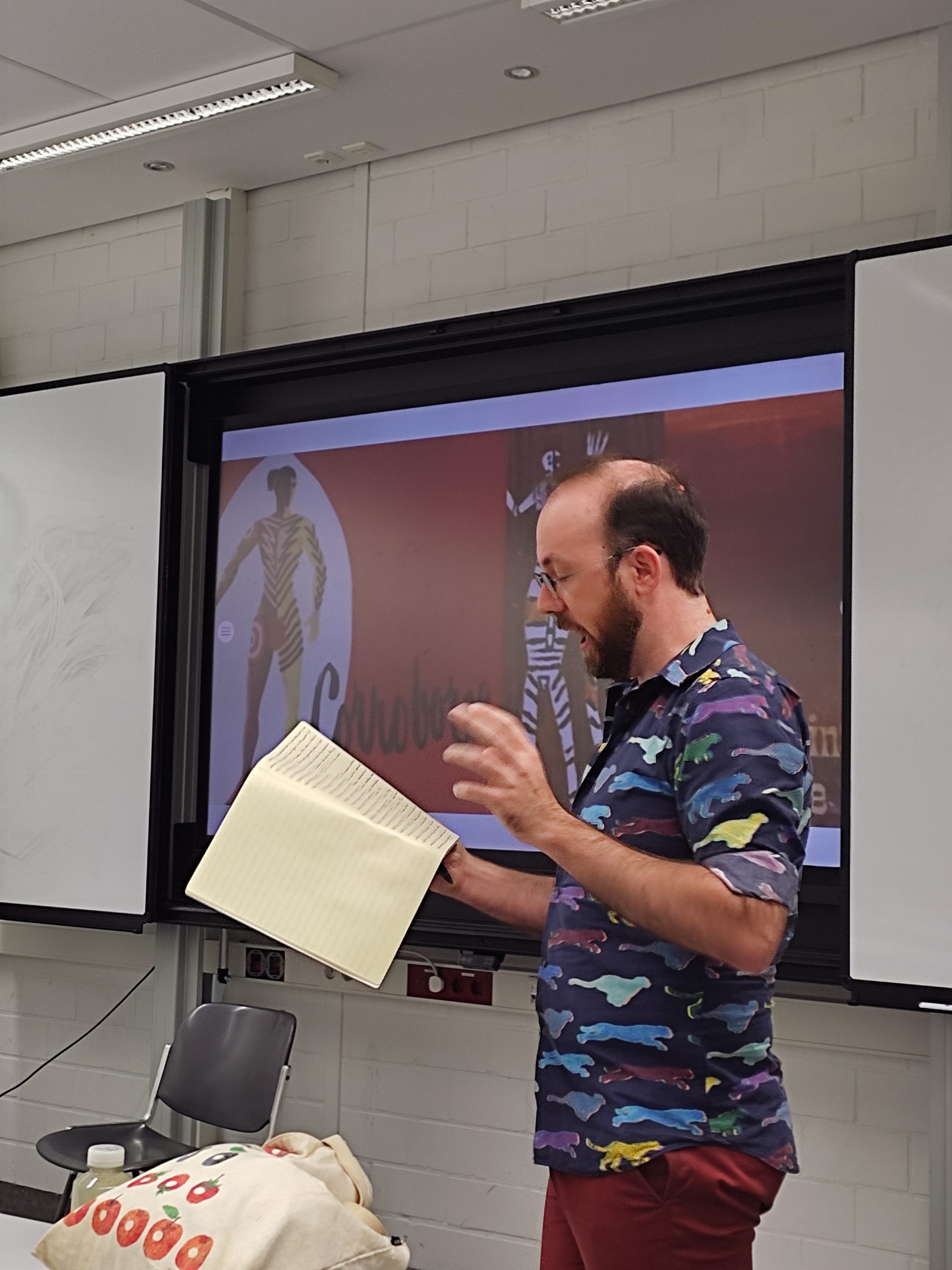